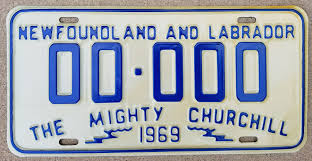 This is basically all Newfoundland and Labrador got out of the deal.

Today the Supreme Court of Canada made it clear: Newfoundland and Labrador is stuck with one of the one-sided business deals in history for the foreseeable future.

The Supreme Court of Canada will not force Hydro-Québec to renegotiate a 65-year contract to buy low-cost electricity from the Churchill Falls power station in Labrador.

The decision means Quebec’s power utility will continue to reap enormous profits from the Churchill Falls deal. But it’s a blow for Newfoundland and Labrador, which has seen a small fraction of the benefits from the project.

The price of electricity dramatically increased after the agreement was signed in 1969 but Hydro-Québec has refused to alter the terms of the contract to account for the changed market.

The Churchill Falls Corporation took the utility to court in 2010 to force a renegotiation, arguing that Quebec’s Civil Code meant that both parties had to treat each other in “good faith.”

In the decision released Friday, the Supreme Court upheld two lower court decisions in favor of Hydro-Québec, with seven justices in agreement and only one, Justice Malcolm Rowe, a Newfoundland native, dissenting.

The court said Hydro-Québec had no legal obligation to renegotiate the deal.

“The duty of good faith does not negate a party’s right to rely on the words of the contract unless insistence on the right constitutes unreasonable conduct in the circumstances.”

The court rejected Churchill Falls Corporation’s claim that the original contract was akin to a joint venture, with both sides sharing the risks and rewards. And the court found there was nothing implicit in the contract to suggest it would be renegotiated if the market changed.

The deal finally expires in 2041.  With Newfoundland’s luck, they’ll probably have perfected cold fusion or something by then.

Barrie McKenna explains what the Churchill Falls fiasco means to Newfoundland and Labrador, and how the provincial government tried to avoid repeating that big mistake by making another big mistake:

The obvious lesson in the latest failed lawsuit is that Newfoundlanders should move on. This should be the end of the story.

Unfortunately, the Supreme Court ruling hasn’t erased deep financial and psychological scars. Newfoundland unknowingly blundered once by agreeing to the 1969 contract. And it doubled down a generation later by blindly forging ahead on its own with the high-risk Muskrat Falls megaproject on the Lower Churchill River, which is slated to begin producing hydroelectric power in 2020.

For former Newfoundland premier Danny Williams, developing Muskrat Falls was never just about generating hydro power. It was about sticking it to Quebec, and righting the perceived wrongs of the Churchill Falls contract. Never again, he vowed, would Newfoundlanders let themselves be exploited by Quebec. So instead of selling the power from Muskrat Falls to the most obvious customer – Quebec – the province opted to go it alone, with all the inherent risks. It will repatriate the power to Newfoundland and finance a circuitous underwater transmission line to Nova Scotia.

The unfortunate consequence of this energy hubris is that instead of being cheated by its neighbour, Newfoundlanders are fleecing themselves. Delays and cost overruns on the $12.7-billion megaproject will cause residential hydro rates to more than double across Newfoundland by 2022 and could eventually bankrupt the tiny province. A provincial inquiry, charged with uncovering what went wrong and whom to blame, is slated to release its final report late next year.

As the Supreme Court pointed out in its decision, the contract was specifically structured “to have Hydro-Québec assume a risk that CFLCo did not want to assume.” The low fixed price and the long term were Hydro-Québec’s compensation for taking on that risk, the court concluded.

The court did point out that the province stands to get back full rights to Churchill Falls and its cheap power in 2041, reaping the windfall gains in the decades beyond.

That won’t help Newfoundland in the short-term. The province is caught in an economic, fiscal and demographic trap. The federal Parliamentary Budget Officer has warned that the small and slow-growing province must either slash spending or dramatically raise taxes to avoid a debt trap, and bankruptcy.

Me: Okay, liberals, you lost on the Kavanaugh thing.  It’s important that you keep your wits about you, regroup and not get too crazy.

I reached out to Mark Tushnet, a law professor at Harvard University, to talk about the case for abolishing the Supreme Court.

Tushnet, taking a position I’m absolutely sure he held before Justice Kavanaugh was sworn in, seriously argues against the very idea of judicial review:

…as a matter of basic democratic principle, the people ought to be able to consider policies and then vote on them without having the courts step in and say “no.” So from a democratic point of view, it’s hard to justify allowing the courts to single-handedly overrule popular will whenever they choose.

Here in Canada that’s why we have section 33 of the Canadian Charter of Rights and Freedoms, aka the “notwithstanding clause.”  And in Quebec it’s working out just great for vulnerable, marginalized groups.

I can’t say I’m happy with American politics at the moment.  But please, Democrats, spare me your whining about rules you were perfectly okay with when you were winning.

UPDATE: you will not be remotely surprised to know Tushnet felt differently when he thought Hillary was going to win.

I feel awful for this poor guy, but if the convenience store clerk was telling the truth – that he warned him that his second ticket was for the following week’s draw – I think the courts have ruled correctly on this matter:

The Supreme Court of Canada has dismissed a Quebec man’s claim to a $27 million jackpot because his lottery ticket was printed seven seconds after the cut-off time.

On Thursday, Canada’s top court said it would not hear Joel Ifergan’s lottery case. The SCC dismissed his request for an appeal with costs.

Ifergan purchased two lottery tickets for the May 23, 2008 Super 7 draw at 8:59 p.m., one minute ahead of the weekly draw deadline. His first ticket printed with the May 23 draw date on it, but his second one came out seven seconds after 9:00, with the May 30 draw date printed at the top.

That second ticket had all the winning numbers for the May 23 jackpot, but Loto-Quebec rejected the claim because the ticket said May 30.

Ifergan says he’s entitled to half of the $27 million awarded in the May 23 draw because his tickets were purchased ahead of the deadline, regardless of whether they were printed after it. He blames Loto-Quebec’s 10-second processing delay for denying him his share of the jackpot, which was awarded to another winner.

Convenience store owner Mehernosh Iranpur says he sold Ifergan the tickets, and Ifergan knew the second ticket was for the next draw.

Then again, for many lottery winners, the jackpot turns out to be more of a curse than a blessing.   Maybe Mr. Ifergan is luckier than he thinks.